I am a mixture of emotions; excited, nervous, fulfilled, determined…  Today I have been busy packing the final pieces of luggage for my first ever European PREV-YOU as part of the Paul Mitchell Artistic Team, which I was accepted on to following a succession of assessments earlier in the year.  I have been rehearsing the designated cuts, colours and styling for weeks as well as learning all about the finer details of the products and tools involved and feel confident that I have put the time in, but still in awe at the journey ahead of me.  This content is exclusive to international Paul Mitchell educators as it is what we will be delivering to thousands of hairdressers around the country over the next twelve months.  It is a prestigious honour to be able to be a part of this.

Then an email pings through to inform me that the airline we were flying with had their baggage handlers going on strike tomorrow so we could only take hand luggage.  Panic ensued…  I had scissors, razors, electrical tools, toiletries, an abundance of stage clothes plus down time wear.  Oh, and I also had a weeks worth of holiday clothes and products as I had paid to have extra luggage as I was due to fly to Tenerife straight after the event had finished in Madrid.  So my first challenge is to fit the bare essentials into 10kg of hand luggage.

With a little but of help and a calming influence from my dear Mum, I was ready to travel light.  The nerves had began to subside again and fall asleep early so as to be up for tomorrows challenge of flying on my own for the first time.

I met up with a few of the other team members at the airport.  Our plane was delayed an hour because of the strikes so we sat and relaxed with a drink.  Finally we got on the plane and I was once again very nervous.  The flight was smooth and hassle free.

We took the airport shuttle to the hotel and I was amazed upon arrival.  The beauty of the building both inside and out was breath-taking and the hotel staff were welcoming and informative.  We took our bags to our rooms and went straight to the restaurant as it was now 8.45 in the evening and we were ravenous.

We have an early start registering the my first ever Prev-You event.  again, I am really nervous as I know what is in store for me and that my peers who are known and respected all over the world will be assessing and critiquing me. 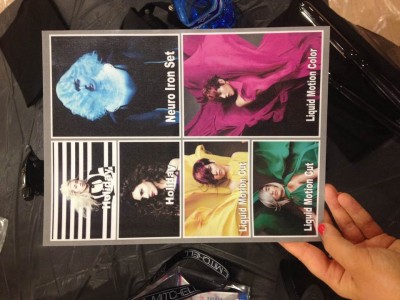 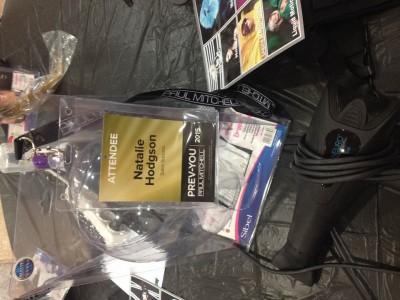 We get given some cards of what we need to achieve on our mannequins.  Today we are working on two of the exclusive cuts from the new Paul Mitchell collection that will be launched in September.  It is so nerve wrecking as I am doing my cuts, Mary Cuomo, International Educator and partner of Robert Cromeans a Director of Paul Mitchell around the world, is next to me asking me to explain what I am doing.  My hands are shaking.  I choke on my words slightly but she is so nice and helps me get through it. 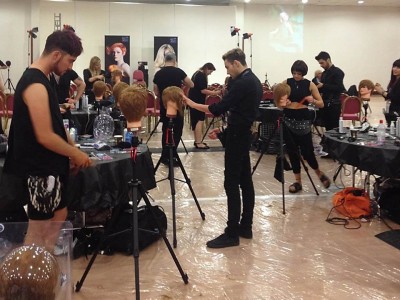 In the afternoon we worked on another new colour technique which is my favourite of the whole collection and I added a few different shades of purple too.  Mary said I was the best in show for her and I won some of the new Rare Marula Oil system which has yet to be released in this country but I have to say it is an absolutely gorgeous product and I can’t wait to be able to share it with my guests when it finally arrives over here. 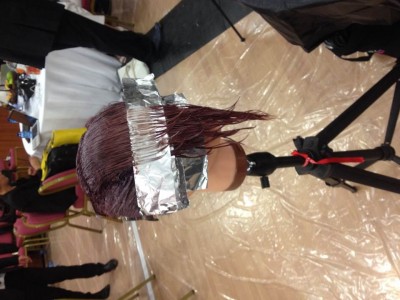 The next thing to go through was ‘Minute To Spin It’ where we picked a card at random and then got on stage to talk about whatever was on the card for 60 seconds.  Of course they were all related to Paul Mitchell tools, products and styles.  I had the Neuro Cone which allows you to natural looking curls.  My heart was pounding along with my throat becoming dry as I stepped on to the stage but I was overjoyed as I did not receive any criticism from my mentors which did not happen to many of us.

That evening we relaxed by the pool as it was 35’C until around 9pm.

Today we started even earlier with a look and learn seminar followed by a hands on examination of our hair-ups from the new holiday collection.  These hair ups are so beautiful and I know many of my guests would look fantastic with these new looks as I will be able to bring all these new ideas back to the salon to share with everyone. 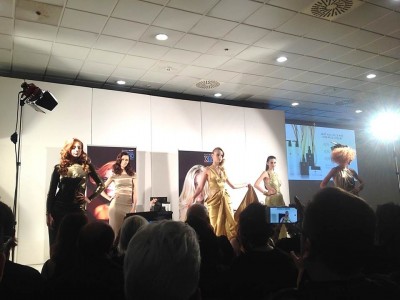 In the afternoon, we should have been assessed on a set using the Neuro Unclipped 1.25 inch cone but they were so impressed with our hair-ups that they decided to let us do a mini show as a reward.

We were in groups of four people all explaining one of the looks we had done over the weekend.  We all had microphones and it was so exciting, I was learning to enjoy my nerves now and channel them into energy for my turn. 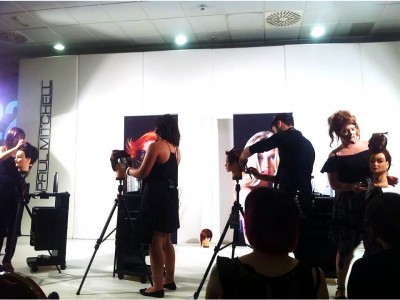 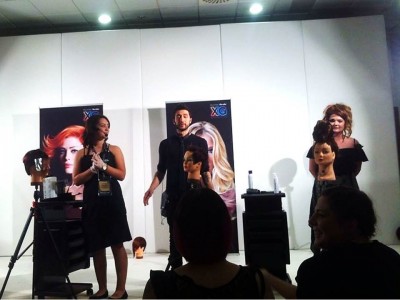 Everyone was so great especially Rocco, our Salon Owner and his brother Antonio.  My only hiccup was, being so nervous, I forgot to smile.

All in all, it has been such an amazing weekend at Prev-You Madrid.  I sit here at the airport, thinking about the weekend and how far I have come since leaving school just four years ago.  I am waiting for my flight to Tenerife for a well deserved treat…